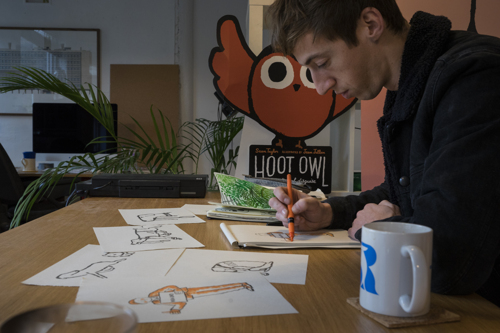 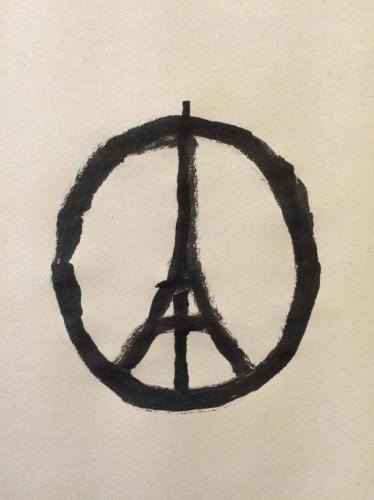 After the terrorist attacks in Paris in November of 2015, Jean Jullien made a drawing that combined the Eiffel tower with a peace symbol. The image quickly went viral, and was shared throughout the world as a testament to peace and a sign of solidarity against terrorism. This instant, international appeal is a trademark of Jullien’s work, which speaks with an immediacy and humor that transcends barriers of language and geography.

Jean Jullien, a French graphic artist, grew up in Nantes and did a graphic design degree in Quimper before moving to London in his twenties. He graduated from Central Saint Martins in 2008 and from the Royal College of Art in 2010.

Jullien is prolific and multi-talented, and his work is widely varied, ranging from illustration to photography, video, costumes, installations, books, posters and clothing. His sharply observed characters use comedy to make sly satirical statement about the way we interact with each other and with the world around us.

In 2011, he founded Jullien Brothers, a duo specialized in moving image: jullienbrothers.com

In 2012, he created News of the Times with Yen Le Bec and Gwendal Le Bec: newsofthetimes.tumblr.com